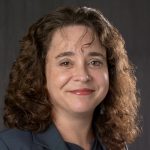 THE “BUT GOD” FACTOR

Like much in my writing career, little in my odyssey to publication as a Christian suspense novelist fits into any how-to manual or industry norm (so take heart if you’ve felt the same!).  I wrote my first book literally out of boredom. My husband and I were the only North American expatriates at the time in a southern Bolivia city where we served with an international Christian missions organization. With my husband often gone traveling through jungle and Andes mountains for a week or two at a time, I was left housebound with three preschoolers, no car, TV, radio. Once I’d put my babies to bed, I had only the handful of English-language books I’d read dozens of times. Already involved in non-fiction missions journalism, I decided one lonely evening, rather than reading my few books one more time, to write one instead.  That became Kathy and the Redhead, a children’s novel based on my own experiences growing up at a missionary kids boarding school on the Colombia/Venezuela border.

Published by that school’s owner organization, the novel rekindled in me a love of creative writing I’d laid aside for motherhood and ministry. I began a juvenile international mystery series. With naive confidence, I obtained the latest Christian Writers Market Guide and began working my way through publishers (no email submissions then; hard copy sent to the U.S. with travelers), starting with the largest. I did receive some encouragement, but far more rejections. By the time we flew north for a three-month ministry trip, I’d made my way through the smallest publishers and was ready to give up. I remembering praying fervently for God to either open a door or close it completely if my writing was not His will so I would not waste more time that could go into other ministry.

Shortly before heading back to Bolivia, we were at a missions conference in Wenatchee, WA, when the church office informed me I had a call. Who could possibly know where I was to call me there? To my astonishment, the voice on the line announced himself as editor of a new juvenile department for Multnomah (then Questar) Press. Multnomah had already informed me they didn’t publish juvenile, though would be interested if I ever wrote for teens (which birthed my single teen novel, Jana’s Journal). During Questar’s recent merger with Multnomah, they’d found some exciting juvenile mystery chapters tucked in a drawer. How had they tracked me down? A phone number on the discarded proposal belonged to my in-laws, who’d passed on our current location. Would I possibly still have available the proposed mystery series?

Would I! The manuscript was mailed off the next day. A contract arrived just as we headed back to Bolivia, the first of six Parker Twins mysteries and beginning of my CBA career.

That treasure trove of discarded pages in an abandoned desk and out-of-the-blue phone call would be far too improbable for fiction. Which simply goes to show that one can follow every guideline, jump through every hoop, do all the right things—sometimes to no avail. But not to despair! Because in the end, delightfully, unexpectedly, completely out-of-the-box, there’s always what I call the “But God” Factor that turns all our own plans and efforts on end according to His own perfect will.

So may I encourage you, fellow writers, as we look forward to this year’s Capital Christian Writers Conference. Do we need to understand the market? Perfect our craft? Follow editorial procedure? Yes, of course. But in the end, we are not only writers, but children and servants of God, gifted by Him to do the works to which He has called us, in writing as in every other area.

So write what burns within you, not just what may fit the market. And when you’ve done all you can to be a writer of excellence, trust God to open the right doors for your message. After all, who could ever predict a dusty manila envelope in a back drawer of an abandoned building to be the launch of a writing career.